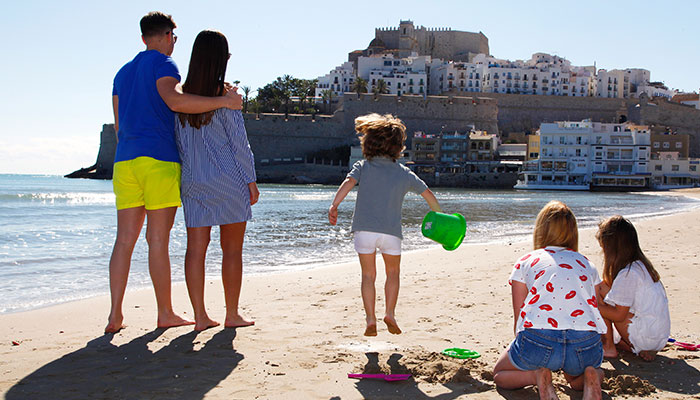 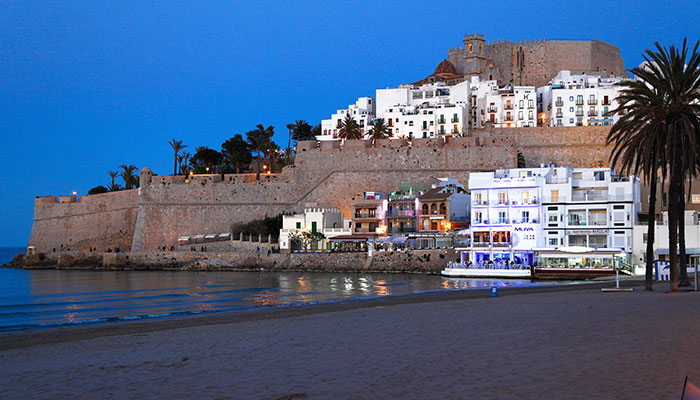 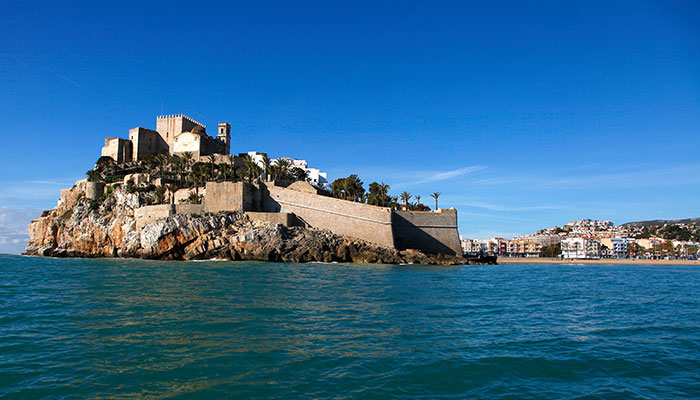 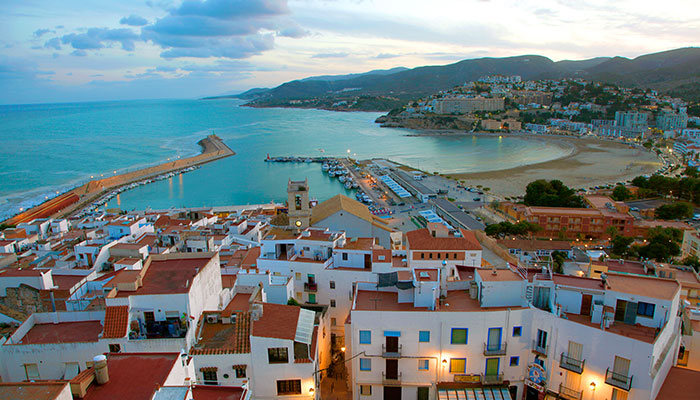 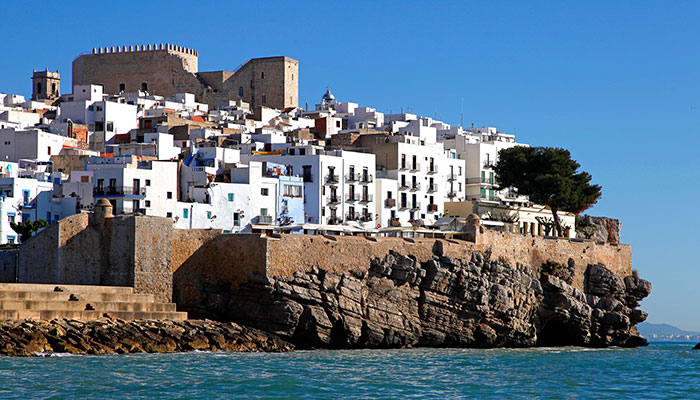 The stunning city of Peñíscola is located in the North of the Valencian Community, in a privileged point of the Spanish Mediterranean. The 79 km2 extension of the region, 17 of which run parallel to the coast, are shared equally between forest areas and warm Mediterranean crops, among which there is no lack of orange, olive and almond trees.

The ancient city, crowned by the castle of Peñíscola, a castle-fortress of the s. XIV that occupies an imposing rock that stands 64 m above the blue of the Mediterranean and It’s is linked to the continent by a cord of sand that was once swept by the waves during the storms, transforming the city into an ephemeral island. Peñíscola singularity made the city appear in several films and series during the 2016-2017 like Game of Thrones.

In contrast to the old town, there are the new streets and avenues in the heart of the touristic area. Peñíscola is sinonim of warm waters in summer and autumn, and extensive beaches of fine sand with amazingly beautiful coves flanked by steep cliffs to the south. If you never visited, you’ll totally fall in love with Peñíscola. Remember to travel with peace of mind from Valencia Airport with Transfers Premier Private comfort vehicles.

The Bonfires of San Juan have a very specific period of celebration, although in reality, all the Alicante region prepares them and lives them throughout the year. [...]

The countdown to the great yearly Aqualandia opening begins. The pioneer park in Europe in aquatic fun opens its doors in what will be its star season. The Aqualandia water park will have a new great attraction that will be operational to the public this summer. [...]

May 26th is the day where +350 professional and amateur runners from all over the world meet at the Fifteenth Edition of the Vertical Run to the Gran Hotel Bali in Benidorm. [...]